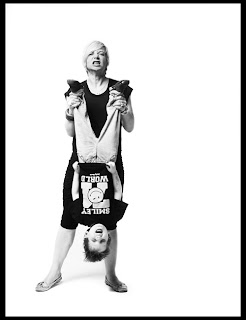 The shot on the right is of Miranda Sawyer, one of the best writers around.  If you want something brilliant to read, particularly if you ever wondered what existence is all about,  you should find something thought provoking here.
Posted by Unknown at 20:38