You should be reading the Telegraph Magazine

I've long been an admirer of the magazine that comes with the Saturday edition of the Daily Telegraph. If you're interested in writing features, you should really be reading it. They generally have five or six long form essays covering wildly varying subjects and the design is really smart - uncomplicated, easy to navigate and allowing a respectful amount of space to photography that deserves it. It's £2 for the paper on a Saturday and that is a small amount of money to pay for a very good magazine. My Dad switched me onto it. He keeps it in a very undignified place: the smallest room in the house.

It has a good hit rate of keeping me glued as the mix of features is usually interesting. This week there was an interesting encounter with the actor Benedict Cumberbatch with simple but striking pictures by Platon. The written portrait served up by Mick Brown was just as insightful. A feature on the human rights abuses being committed by Bahrain was also thought provoking. The Bahrain government has strong ties with the US and Britain and it seems no one wants to talk about the terrible injustices that are going on there. The story of @maryamalkhawaja, a 27 year old who continues to protest against the abuses being committed there and someone who had to see her father emaciated by beatings and hunger strikes, is nothing short of amazing. Lastly there is a story about HenPower, an organisation that gets older people to look after chickens to combat loneliness and depression. That's the kind of sentence to a commissioning editor that couldn't fail to result in a commission.

You can find all these things online but they are not grouped together as they are in the magazine. Plus, buying the print edition will keep journalists in jobs. You know what to do.
Posted by Unknown at 10:35 No comments:

The Buzz of a Byline

I still get it. I've had quite a few now but every time I see my name in print, I still get a little tingle of excitement. Nothing kills the buzz quite so effectively as the title in question spelling my name wrong though. Why is that? Obviously, a little bit about ego. I want people to chance upon that article and see that I wrote it. I want them to be impressed that I got a pitch accepted, that the Sunday Times Travel Magazine thought I was good enough to write for them. I want to feel validated as a writer! So many pitches have been turned down; at least let me savour the sporadic victories.

More than that though, it's all the bloody work I put in. Ok, a travel writing gig seems like a pretty good one to have. And they can be - I've written before about the wonderful experiences you can have that are beyond your salary scale when you're writing.

This particular feature was a long and drawn out process. I initially pitched in September 2012. Once accepted, I enlisted help from PRs and local tourism organisations. That went pretty well - a couple of hotels were promised and they also provided a car. I took the trip early in June 2013 and spent a hectic week trying to experience as many hotels, restaurants and things to do as Rhodes had to offer. The feature was submitted soon after and for quite a long time, I thought it had been spiked as the features editor could not confirm when it would appear. Then, at the beginning of July, I got an email to say it was going to make the October issue but that the format had changed a little and could I do some rewrites?

Even with the misspelling, it's all still worth it. When I was in Rhodes and met people, they would ask me what I did. I would say 'I'm a writer. I'm over here writing a piece on Rhodes for the Sunday Times Travel Magazine.' And that felt pretty good.
Posted by Unknown at 09:37 No comments:

I've just been reading the ever excellent Brain Pickings, in particular how Leonard Cohen is firmly on the side of the perspiration fence when it comes to that famous quote by Edison. Cohen basically plays the numbers game. He writes 'all the time' and eventually he'll find a song he can work with. He also has an interesting take on employment, something that has taken up a significant portion of my daily thinking time since the beginning of last year, and given the title of this blog, one of the prime concerns of all these words. Here's Len on employment;

What it actually means Leonard is one of a few things (I looked it up in the dictionary). It can be the state of having paid work, but what he means in this instance is a person's trade or profession. What is Leonard Cohen? He's a songwriter. That's the thing he does with his time, the thing he's chosen to do. Maria Popova, who writes Brain Pickings, calls it an existential imperative. I feel a bit like that about writing. I feel like I have to do it, but sometimes I just turn away from it because I can't be bothered. Then I feel guilty about not doing it. Partly because I think Cohen is right - do it every day and something good might come out of one of those days.

The story behind my latest bit of writing will need another blog post, but for now here it is. It's completely unrelated to Leonard Cohen and writing, it's about the NHS and social enterprises.
Posted by Unknown at 22:49 No comments:

With all the many and various distractions that the internet throws up, you can sure find yourself reading a lot of shit you didn't even know that you were interested in. That's basically the whole ethos behind Sabotage Times. As they say themselves 'We can't concentrate, so why should you?' If there is a silver lining to the problem of internet distraction, it's that the really good ideas stand out. Credit where it's due then, to Marianne Power. 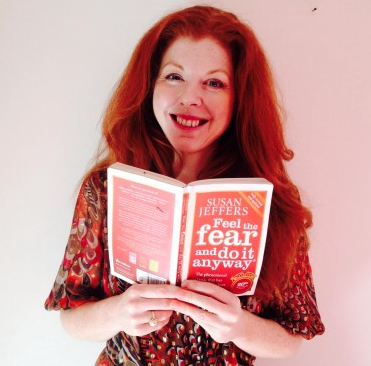 Marianne writes a blog called Help Me! in which she explores the world of self help books. Like all the best ideas, this one seems so obvious it's amazing that no one had thought to do it previously. Self help books are right for close scrutiny if only because, if you were being a bit mean (I am: I've got a hangover) they profit from the anxious and desperate.

Anyway, if nothing else, she's certainly having a lot of adventures. And if you're interested in writing (which is, I presume, why you're here), there's a really interesting post about turning down a book deal here.
Posted by Unknown at 18:08 1 comment:

I'm Writing for a Living*

...sort of.  An opportunity came up to write about music via the day job.  That I can do.  I can remember lines from songs that I've never bought such as 'You can suntan', one of the finest rhyming couplets ever.  (It's from Club Tropicana by Wham!)  I can remember stupid trivia about songs like the fact that it's Chaka Khan wailing away in the back of Steve Winwood's 'Higher Love'.  (Why would you put Chaka in the background?  That's gotta be one of the greatest hires ever.)  Ask me what I was doing this time last week, or the date of my sister in law's birthday or anything remotely important and I can't remember it.  I don't understand the way my brain works.

My only conclusion is that music is important to me.  We have 6Music on all day at work and I'm lucky enough to work with two blokes who are roughly my age with all the same cultural reference points.  We know that Donna Summer's 'I Feel Love' is one of the greatest records ever made and that it probably invented house music but we equally love 'The Forest' by The Cure and newish things like Jagwar Ma.  We try and guess the year that certain things came out and we speculate endlessly what song titles might be when we can't exactly place them.

People always ask me why I don't write anything for the Mail (where I work).  Until now my answer was that I could never think of anything they'd like.  I couldn't think of any food stories such as 'Yellow Fruit Gives You Cancer/Is a Superfood'.  I couldn't think of any MPs or celebrities that I wanted to have a go at because they held opposing views to my own.  I also quite like the BBC.  Writing the Top of the Pops pages for Mail Plus sort of fell in my lap.  The former scribe wanted more money (and now I'm doing it, I can see why) and the powers that be weren't up for that.   I thought I could do it and I sit next to the person who commissions it.  I did a writing test, they liked it, bingo.
* The money I get for this is about 10% of my salary so writing's not paying for everything just yet.
Posted by Unknown at 22:35 1 comment:

Don't Write For A Living

Do it for the hell of it.  Because it's cathartic.  Because you feel better after you do it.  Because you enjoy the act of creation.   Because you like the feel of your fingers on the keys and the rattling sound touch typing makes.   Because these words appearing on the screen as you think them feels kind of magical (that's if you're a touch typist).  But don't listen to me, listen to William Faulkner.  He advised writing 'not for glory and least of all for profit, but to create out of the materials of the human spirit something which did not exist before.'  I discovered this quote by way of Brain Pickings and if you're not switched onto this already, you should be.  Lots of sustenance for that disgusting slimy grey organ inside your head.  You can find it here.  I also found this video, which has more great advice about writing for the sake of it. by Time Magazine's favourite author of last year, John Green. 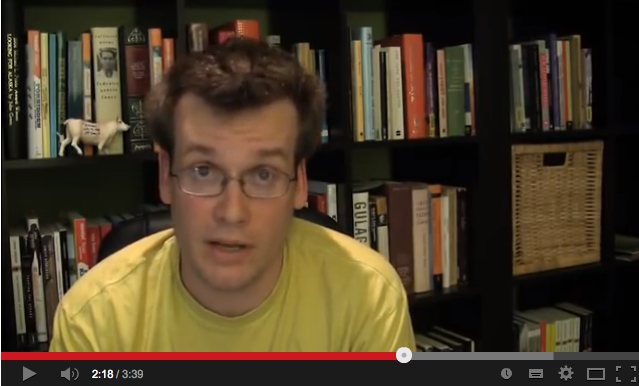 I've been doing some writing for the sake of it recently.  I figured if I wasn't going to get paid for it, I might as well have it doing some good.  What happened is that writing ended up giving me another new experience.   This happens a lot through writing.  If it hadn't started writing, I might not have ended up going up in a microlight over Victoria Falls or interviewing a Lord of the Rings fan that had raised enough money through crowd funding to make her own hour long version.  Anyhow, Broadway is a charity that helps the homeless near where I live.  I get to interview some of their clients, put it together as a feature and they use those stories to market the charity to potential donors and increase their visibility by placing them in the media.   Needless to say, it's pretty humbling to meet some of these people.  It also brought some much needed perspective into my life when I was busy moaning about London being expensive and getting bored of my day job.   As my Mum used to say, there's always someone worse off than yourself.
Posted by Unknown at 20:56 No comments: