I often find a good rant helps.  On receiving yet another letter from 'Odey Wealth' asking me to join their wealth management service which is 'open to clients who have investible assets of £500,000 or more', I thought I would do the decent thing and write back. 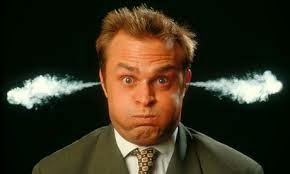 You recently sent me a letter, even though I have no idea how you got my name and address.

I have about £6000 to invest and I'm trying to save towards a mortgage.  When you've finished helping rich people get even richer, why not spare a thought for those less well off and give me a call with some suggestions of how to turn the £6K into £25K quicksmart?  I might be able to get a two bedroom flat in the outer limits of a city that is rapidly becoming segregated then.

Alas, soon only the likes of you and your peers will be able to afford to live here.  As I'm sure you won't want to lose the cultural diversity that is attracting wealthy clients of yours to the city of London, be sure to give me a ring.  If you don't, it'll only turn into a city of bored rich people trying to outdo each other with increasingly ludicrous reconstructions of their already massively over priced homes.  Either that or they'll be scratching their bonces trying to figure new ways of pimping their Evoques.

Lee Mannion
Posted by Unknown at 21:55 No comments:

I answered my question

When I first started this blog, the question stood as a challenge to myself - could I do it?  Could I make a living out of the only thing I had a true passion for?  Back then I loved writing, had just received a big enough redundancy payout to ensure that I wouldn't have to work for six months or maybe more and I think I'd been reading a lot about successful people who had followed their passions.  I was enthusiastic.  The money I had in the bank is not to be underestimated - that money bought me freedom.  It meant I didn't have to earn any money to survive in an expensive city that is full of temptations.  That was four years ago.  I found the answer to my question.  My answer is no.

In 2009 I was idealistic.  I would have lots of brilliant ideas and commissioning editors would pay me to write for them once they'd read my pitch.  Other editors would notice me, admire my writing and then they would ask me to write for them.  For money!  (That did actually happen once and there have been very few things in my life that have made me as happy).  I was looking at people like Grace Dent, who seemed to have come out of nowhere to be popular with editors and successful and I thought 'I could do that, be witty, gobby and endearing.'  The truth was I just didn't know enough about Grace Dent.  She has worked her arse off to get where she is, working at magazines since she bounced out of University and writing 11 (11!) novels for teenagers along the way.  We're roughly the same age, but she's been incomparably more prolific.

If this blog has any advice to offer, it's this - you have to, like Grace Dent, work your arse off if you really want it.  Sure, there is a certain section of the media who were privately educated and used those connections to wangle a sweet position.  But most of the ones who are really good, the ones who make you laugh or gasp at their intellect, they're the ones who have been at it for years, honing their craft.  My lack of success leads me to conclude that I'm too lazy and that I don't want it enough.  This is depressing, because it leaves a big hole in my life - what else do I want to do?  As of this moment in time, I don't really have a clue.  I'm trying to expose myself to new experiences, going to meet ups and lectures about different kinds of work, waiting, like a moth, to be drawn to a flame.

It might be a hippie cliche but for me, it's true: life is a journey.  Can I Write For A Living?  was one for me and I'm now embarking on the next one.  I'd like think there are a few valuable insights in all of the different posts; I'd like to think it hasn't all been a waste of time.  So few things these days seem to have value, to be worthy.  There has been such a big gap between this post and the last and I'm not sure that I'll write here much anymore.  Neither do I want to end it.  I feel like a band who don't want to play together anymore but might get back together in a few years time, remember that it was fun and go out on the road again.  So, for those of you who have taken the time to read, thank you.  I hope you enjoyed it.  But I'm not sure I have anything more to say.
Posted by Unknown at 14:58 No comments: