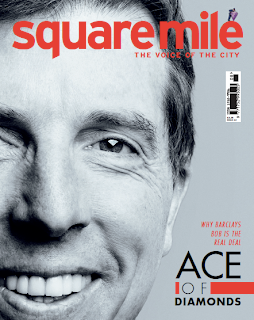 As much as I gripe about always having to look at a screen (monitor at work, Iphone on the tube, TV if I'm weak when I get home) one positive thing about social networking is, if you want to, you can get to meet some of the people that like your stuff.  In the case of @40before30, she started following this blog, then I started following her on Twitter and the other night we got to have a drink together.  Nothing dodgy about it (I've put on here that I got married in any case), it's because I think she might be good for a column I read regularly in a magazine.  I thought her job was pretty interesting (she gets to fly all over the world for a living) so even if the mag I've got in mind isn't keen, the interview will probably end up on here.  I mention the meet up because there are lots of features popping up stressing how lonely social networking can be.  You know the sort of thing; people have 376 'friends' on Facebook but they can't think of a single person to call when they're feeling a bit pissed off or they're on Chatroulette because they've formed an umbilical cord to their laptop and can't get out to the pub.  If you want to read a good blog on how the enjoyable social aspect of work has been removed for one bloke, you could do a lot worse than read Chris Floyd's blog on it here.

As I've never been formally taught how to pitch stories (does that happen?) and I was getting frustrated at not having placed a story that I had in mind, I went on Susan Grossman's 'Pitching to Editors' course.  If you've googled those keywords and you've ended up here, you're basically wanting to know if it's worth the money.  It is.  Susan breaks pitching down into a few very simple rules, you're left with a template for future pitches and her energy and enthusiasm is infectious.  Plus it's likely that she'll be holding the course at RIBA, which is a beautiful building that you've probably never been into (unless you're an architect).

Lastly, I'm ending the year with a bang.  The commission that I mentioned in an earlier post is out now, in Square Mile magazine.  Not only that, but it was their cover feature.  Ideally I wouldn't be defending fat cats in print but the truth is I enjoyed the challenge of writing about someone whom I knew nothing about when I took the commission.  Proved to myself that I could do it.  Lastly and for no good reason you should check out the wonderful, Burial produced 'Night Air' by Jamie Woon.  I'm hoping if I it gets into your head, it'll come out of mine.
Posted by Unknown at 22:09