Collecting plaudits almost as fast as he can rhyme, 25 year old Skandal, from New Cross, is one to watch.  Airplay on both Choice and 1Extra has now led to a forthcoming mixtape called   'Hunger Pains' with DJ MK, host of Kiss FM's Hip Hop Show and regular Roots Manuva collaborator.  After twenty minutes we've talked about everything from roast dinners to political activism but he starts off by giving South London Press some props.  'It's the only paper that I will pick up because I want to know what's going on in my area.'  Skandal is South London through and through.  A Millwall fan since he was a boy, he speaks fondly about both the Old and New Den, the Pie n Mash shop in Lewisham and also about an early influence.

'Blak Twang man!  He's from Deptford and he really flew the flag for us.  Rodney P from London Posse early on too.  But when I first got into hip hop it was all about Wu Tang and De La Soul.' In terms of commercial success, the UK hasn't produced a rapper that's achieved the success of Eminem or Jay-Z but Skandal sees a positive future.

'I think we are going to see that change in the next 5 to 10 years because the majors have now started realising that we can produce talent like Chipmunk, Tinchy and Dizzee.  They've had great success in this country.  UK artists are being embraced over there.  MIA is doing quite well, Jay Shawn, who's gone over there and done his thing so I think once the majors get behind us then the success is going to come.' 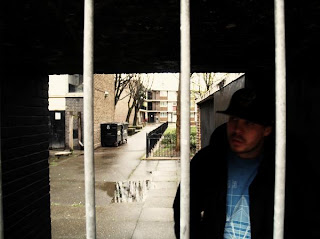 Skandal's style can sound very in your face and he's particularly virulent on the track 72 Bars (which kicks, incidentally) but he denies that the aggression in the music translates to the streets. 'I do believe music influences the youth, but not only music - that's a cop-out. We need to look closer to home.  There's a whole lot more that's affecting the streets and I would put the government, schools and parenting way above the music.' 72 Bars' is boast rap, the hip-hop tradition of putting down your peers to prove your rhyming prowess, which he sees as essentially innocuous. 'Its almost down to a playground mentality isn't it?  I'm better than you, my Dads better than your Dad.  Its a way of me holding on to my childhood and being as immature as I can for as long as possible!' he says, laughing.

Being down to earth is very much one of Skandal's qualities.  One of his videos shows him rapping on the toilet ('I was with my mates and it was just a stupid idea I had...') and he reckons that his ability to remember thousands of words for his live performances is just a case of honing his craft like any other occupation. 'Over the years I've got better at remembering my lyrics to the point where now I've finished a rhyme, its in my head.  It's like any skill, it’s like being an electrician or a plumber, its not something that comes to you overnight.  You have the ability to improve like any other man.  It'll take 3, 4 or 5 years to become competent as an electrician and its the same with the music.'  Certainly more than competent, watch out for him.

See http://www.myspace.com/skumbagskandal 'Hunger Pains' is available on www.ukrecordshop.com, www.suspect-packages.com and from Itunes from 23rd November.