Insurance - An idea that prays on insecurity 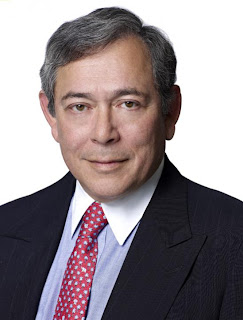 Before I got made unemployed in April I took out a loan to purchase the freehold on my property. At the time I thought it prudent to get insurance on the loan as recession and unemployment were forecast. Well, whaddya know? I got made unemployed and Lloyds refused to pay out, citing a clause that if I was 'notified of' unemployment within 30 days of taking out the policy all bets were off. I argued that I was notified of only a 'period of consultation'; notice of unemployment would only come at the end of that period. So far, so boring. We have been back and forth since May and in the end the mundanity of it wore me down. I hope the following amuses; its the letter that I wrote to Lloyds cancelling the insurance. Maybe its petty, but it made me feel good. The suit on the left is Lloyds Group Chief Exec Eric Daniels, who claimed this year that his million pound wage was 'a modest salary' to the Treasury Select Committee.

Thank you for your letter dated 15th September.

I took loan protection insurance out with you as it seemed the sensible option given that the media was full of stories of financial meltdown, mass redundancies and general impending doom. Frankly, we could argue all day long about what constitutes being ‘notified of employment’. I still hold the view that I was initially notified about a period of consultation, not unemployment, but I’m sure that Lloyds lawyers are very good, diligent and expensive. Frankly I can’t be bothered to enter into what would undoubtedly be a very prolonged and boring fight which the massive organisation you work for would inevitably win.

It seems far more sensible to just cancel my insurance with you, which I’m notifying you of forthwith. It is much more satisfying to think that I wont be paying you around £2000 for the pleasure of you finding a clause in the terms and conditions that stops me from enjoying the benefits of the insurance should anything else go wrong.

Lee Mannion
Posted by Unknown at 11:34