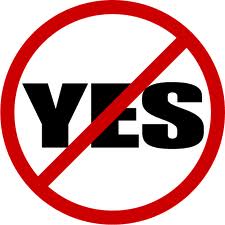 I really admire people like copy writers and business writers who can be given a project, let's say 'washing machines' and fulfill a brief, making the client happy and getting paid.  If it was me, I'd be sat in front of the laptop, probably having sat in front of one sentence that went something like 'Washing machines are the greatest invention of the 20th Century' for 20 minutes before getting onto Twitter and any number of subsequent websites that all the people I follow had posted links to.  I got into writing because I like to write, but also because I really like writing about all the good, interesting stuff of life: food, travel, movies, theatre, achievers, believers, deceivers...many, many topics.  But the point is that I have to write about stuff that is interesting to me.  Can't do it if my heart's not in it. Life's too short for that.
Posted by Unknown at 07:40

Email ThisBlogThis!Share to TwitterShare to FacebookShare to Pinterest
Labels: 'It's OK to say 'No'