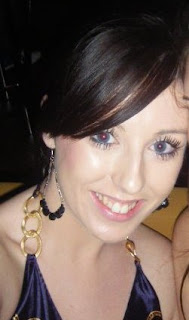 Does someone who writes a blog usually interview one of their followers? Once we were both on Twitter, I noticed that Jayne was always tweeting from glamorous foreign locations and I wondered how, a little jealously, she could afford to be gallivanting around so much. We met up on a freezing night in Islington in a coffee bar, having had to abandon the pub we'd initially planned to meet in due to exuberant pre-Christmas noise levels. There was no way the Iphone recorder was going to pick her up in that din.

It turns out that she's an Event Manager for a company called Red Hot Locations, organising international financial conferences - Governmental bodies will employ her company to organise a conference designed to attract foreign investment. As she says 'I always wanted to see the world and nothing less' so she made the job work for her. Having previously worked in events management, she sought out an international events job.
Red Hot pays for the speakers to travel, pitching it as prestigious to be invited. 'We pay for their flight, hotel and food. We sell it as a good PR for them to come and get their name known in, say, Eastern Europe. It's my job to make sure they get there; I organise the flights, hotel, the events on the day, the AV. It takes about six months to organise each one and the week or two before an event I'm flat out.'
The good bit comes next. She also has to keep an eye on what the competition is doing, which involves some work but a lot of play.
'I went to China and Argentina this year to attend other peoples events to get some more contacts. You can't go that far just for a couple of days so I'll fly for a week, attend an event for two days then do what I want for a few days, which is mainly sightseeing. I'm in the office about half the year but the rest of the year I'm travelling'.
Her face lights up as she says it. But if you think that her job sounds too good to be true, rest assured she's working her cojones off when a conference is on.
'Just before a South African conference this year I was in the office on Monday, flew that night, arrived Tuesday morning, went straight to the printers to check brochures and then went to check the venue. After that I had to meet the speakers and took some clients to dinner The next day I got up at 6am, went to the venue at 7, got everything set up, then ran the day. I have the seating plans on me and a timetable to stick to, in order that we can get through all the presentations. I do find it stressful. All the delegates need hand holding to a certain degree.'
When the conference finishes though, it's payback for the work she's put in.
'Our events are generally two days mid week and I wont be due back in the office until Monday. So no matter where I am I try to fly back Sunday night so that I have maximum time to see something of the country I'm in. If I've gone straight into the office from a flight, I'll be running on adrenalin, but usually crash on Tuesday, am a bit grumpy and want people to stay away from me! My boss is also passionate about travelling so she likes me to make the most of the opportunity. She's lived abroad a lot and she knows I love the travel so, to a certain degree, she lets me do what I want.'
Since starting the job 18 months ago she's been to Lithuania, Cannes, Estonia, Argentina, China, and South Africa but she doesn't let up when it comes to her own holiday allowance.
'I went to Thailand, Malaysia and Singapore in my last Christmas break. I never tire of it. A big bonus is that I never suffer from jet-lag because I can sleep anywhere. I do get to the point where I will tell my friends that I'm not going to be around for a week, that I'm just going to sleep. That's my way of relaxing. Watch TV, in bed by 8pm. I do a lot of writing to relax as well - I keep a blog to share my experiences.'
It seems this kind of life comes with only one drawback.
'I'm single, I have been for a long time and relationships are a problem. I met a guy who's studying to be a Doctor at the beginning of September but what with my schedule and his studying we are yet to have our first date. Obviously there are a lot of men at the conferences but I don't like to get involved with them; that's work. Hopefully travel will stop being a priority at some point. I'm happy for now because I want to enjoy my 20s. I think 30 will be the cut off point.'
Which is handy, given that her blog is called 40before30 (40 countries before she's 30 years old). Jayne is 26 currently so it's a given she'll hit her target. She tells me she had that aim before her job accelerated to the point it's at now. So what's with the travel fixation?
'I enjoy seeing or doing something new every day, the discovery element. I find it liberating. There is always an adventure to have. Im a pretty robust traveller, I've never got ill, never been robbed. The worst it got for me was an awful night in Fiji where I got conned – after being promised accommodation I ended up staying in a chicken shed. There were still chickens in it, a wasp nest in the corner and no lock on the door. Or maybe the time I got bitten 46 times by sandflies in Peru and people thought I was a leper'.

Nice. With over 600 followers on Twitter, Jayne has become a bit of an authority on travel, so much so that TravelZoo have advertised on her site and she's received free flights. So if I wanted to escape the remains of the British winter where should I head to?
'My favourite country is Brazil because of the scenery in Rio and the party atmosphere. If you're after a beach, Thailand's are just amazing and I haven't seen any better .'
Unsurprisingly, she's also been pondering where she to go to next.
'I love South East Asia, I'd love to go the Philippines and also Antarctica, because then I would have been to all seven continents.'
I met Jayne for three reasons. I like interviewing and believe that non-famous people can be as interesting as celebrities. Jayne emailed me to say she thought I'd have to work hard to make her sound interesting but I hope she thinks differently after reading this. Lastly, but most importantly, one of my fixations (and major gripes) last year was the amount of time we are spending looking at screens and not actually physically socialising anymore. If nothing else, I proved to myself that all this social networking can actually lead to meeting someone in the flesh and having a decent conversation. More of that in 2011 hopefully.
Posted by Unknown at 08:34