Pass Me On (and other news) 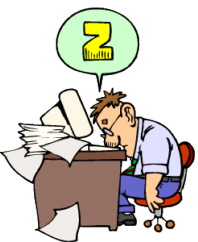 It's very difficult to write around a 40 hour week job.   What with trying to spend quality time with the love of your life, the gym (for the knee - nearly there now), seeing friends and the temptations of Twitter, the pub and TV, you really have to fight hard to be imaginative and creative.  A blunt person might say that my priorities demonstrate how much I actually do want to write for a living.  If I wanted it more, I'd cut out some of that other shit and just get on with it.  There's a lot of stuff out there written about writers and procrastination and that particular truth does indeed hurt.

But when I can, I'm still doing the writing.  Not for a living so much (although there is a pretty delicious travel commission coming up - more of that in a minute) but hopefully planting some seeds for the future.  Namely, a new blog.  It's called Pass Me On and you can find it here. It's a simple idea - I interview someone and they pass me on to someone else that is famous and hopefully interesting to talk to.  15 minutes on the phone (maybe in person at some point), Q&A.  I like the idea of it because there is such a lot of untrue bollocks that ends up in magazines, so this is all straight from the horses mouth.  I'm hoping that the interviewees will like it for that reason too.  And I'm also hoping that some Commissioning Editor sees it, thinks it's a good idea and wants to pay me to publish it.  It's part inspired by those 'in their own words pieces' you see in supplements.  Pretty sure that 'This Much I Know' in the Observer was the first one, now there is 'What I've Learnt' in the Saturday Times mag and I think the Mail on Sunday mag Live has ripped the idea off too.

Apart from that I've been asked to write a blog for the Square Mile people and I'm off to Costa Rica in the first week of May to write a piece on voluntourism for The Express.  If you're ever in doubt that a blog can be a good idea, that trip came as a result of Pass Me On.  I mailed an alert to every contact I've made to date and Duncan at the Express came back, said he liked the idea and did I want to go to Honduras (later changed to Costa Rica after safety worries)?  Which means I've got Gary Lineker to thank for a trip to Central America.  Bet that's a sentence that's never been written before.

Email ThisBlogThis!Share to TwitterShare to FacebookShare to Pinterest
Labels: Costa Rica, Gary Lineker, Pass Me On